What’s Up With My Brother 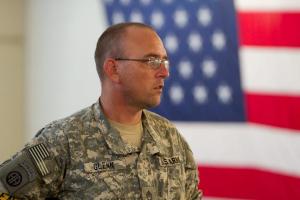 Several of you have left me notes asking about my brother. He is ok at the moment. I worry over him every day and call him several days a week. He is in the process of getting out of the military and that takes a while. He could be out a bit sooner but he is pushing to get diagnosed and treated for his problems. He has PTSD and is being treated for it but the military will not give him the diagnosis for PTSD. As far as the military is concerned the VA can deal with him. They just want to kick soldiers like him suffering with PTSD out. CAll me picky, but I believe he should be treated for his problems caused by his service to our country before getting kicked to the curb. It can take years going through the VA to get diagnosed and treated for PTSD!! No wonder we have homeless veterans and a high suicide rate among soldiers and veterans!!!

I am sick with grief the way the military is treating our soldiers. My brother has PTSD because he is an American hero. He has been deployed several times. He served in Kosovo. And he has served in Iraq and Afghanistan several times each. The more I learn about PTSD the more heart-sick I am. How can we as a nation turn our back on these soldiers? They have sacrificed so much for us and now we just toss them aside like garbage!

My brother decided to fight for his treatment. He wasn’t going to at first but some fellow veterans came to see him. They encouraged him to fight for himself and one of them called me to tell me how to help him. I will fight for my brother. He is my baby brother and I won’t lose him to PTSD, alcohol, or our troubled childhood. He is worth fighting for and that’s the easy part…making him see that he is worth fighting for is the hard part. I won’t give up.

9 thoughts on “What’s Up With My Brother”