So much has happened in the past two weeks I’m not sure exactly where to begin! Last week my husband left work early because of a kidney stone. I ended up taking him to the emergency room when it did not pass and he could no longer endure the pain. My sweet friend Mrs. Cuddle-me stayed with the kids so I could stay with my husband. After a few hours they sent us home with pain meds and we hoped the stone would pass on its own. The stubborn stone never did pass. I wanted to cancel my trip to the convention in Cincinnati but my husband refused to let me stay. He insisted I go and have fun. So on Thursday morning Mrs. Cuddle-me and I hit the road. He stayed home with four kids and a troublesome kidney stone. My friends Mama Quilts and Makrothumia remained on stand-by in case he needed help. He never called anyone…

Mrs. Cuddle-me drove the entire trip. She chauffeured me around like I was a princess. We’re a great match for trips: she likes to drive and I prefer the passenger seat. Early on in the trip her vehicle started to act up. She shut off the cruise and it drove fine the rest of the trip but the “check engine ” light would pop on every now and then. I thought maybe we should turn around but she wasn’t concerned at all. I realized at that moment my friend was far braver than I. Our next mishap occurred in Verona when the keys were inadvertently locked in the vehicle. I won’t say who was responsible but

I wasn’t in the driver’s seat. I also made her show me the keys every time we got out of the vehicle.  Verona doesn’t have any Pop-a-locks so we had to wait for the Boone county police to break into our ride. Thankfully, we didn’t have to wait long and we were back on the road.

Before heading to Cincinnati we checked in with the Sisters in Erlanger. We were blessed to stay in their guest room for our convention trip. I stayed in that very room several years ago (16 years ago!!!) hoping to be accepted into the community. Stepping into the room and remembering my younger self…was disconcerting. One of those past meeting the future

kind of moments. I was heart-broken the first time I stayed in the monastery guest room. I gave up my deepest dreams in that room and accepted God’s urging to religious life. All I have ever wanted was to be a wife and mother…nothing else. I laid those dreams down in that room, sacrificed my heart and embraced God’s will. Now my dreams are reality…I am a wife and mother to four beautiful children. I am beautifully blessed…maybe God blessed me with my heart’s desire because I chose to obey Him. I’m not sure why I am so blessed but I am truly grateful. Anyway, I had a moment there…

After checking in with Mother we headed to the convention in Cincinnati at the Duke Energy Center. We arrived before the vendor hall opened and went to a conference by Martin Cothran on Classical education and the importance of Logic. Oldest begins pre-logic this year so I took plenty of notes and am looking forward to learning along side him. Mr. Cothran is a very good speaker and I recommend stopping to listen to him if you ever get the chance.

We then made our way to the vendor hall…so huge!!! I made my way over to the Christian Light Education booth and made my order with them. I finally decided to switch from MathUSee (or MathUDon’tSee as my husband says) to CLE math. They helped me figure out where to place my crew (one year behind!!) and we will get started in math once the Light Units arrive. I also spoke to the developer of the Spelling You See curriculum and decided to go with their program after reviewing several spelling curriculums. Even though looking at all of the books in the vendor hall is fun the real treat is speaking with all of the people who put their heart into developing and writing the various curriculums. Later this week I will post about my favorite five booths and

share my tips on attending a homeschool convention. I made most of my purchases on Thursday night. That evening I met Kris at the Geography Matters booth (she hosts the weekly wrap-up) and got to tell her just how much she means to me even though we had never physically met until that very moment. My first year of homeschooling was so very lonely and every time I had a concern about my homeschool I would turn to her blog (and Hodgepodge Mom’s blog) for help and guidance. They were my mentors and it meant a lot to me to be able to tell her in person and thank her for her ministry to those of us just starting on this homeschool journey. I really wanted a picture with her but I was too shy to ask. 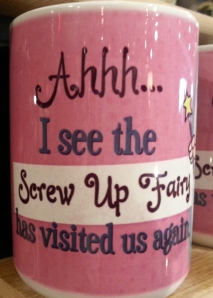 On Friday I met Susan Wise Bauer. I was a bit star-struck and forgot to ask how to go through Writing With Ease at half-pace. The writing curriculum is supposed to be for fifth graders but is now considered a little too hard for most fifth graders and they recommend tackling it at half speed or waiting until sixth grade. So I’ll have to figure that out now but it was cool to meet her…not that she’ll remember. That night we ate at Cracker Barrel and found a mug that said “I see the Screw-up Fairy has visited again”! Mrs. Cuddle-me and I decided that was the theme of our trip. Several things went wrong (too many to mention!!!!) but we mostly kept our humor and everything did work out just fine. She witnessed me at my very worst when I flipped out because my husband needed some medicine and the doctor’s office didn’t come through for him. She helped solve the problem and sent her husband on a mission of mercy for my husband. After witnessing me break down she declared there was nothing scary about me at all. After this trip I decided she was the sister I never had but always wanted!!!

We left the convention early on Saturday and went to a hibachi and sushi restaurant for dinner. At first we were going to go to a restaurant called Chipotles but my husband recommended against it. We also discovered that Siri could not pronounce “chipotle” (try it out if you have an iPhone!). I had never been to a hibachi restaurant and had no idea what to expect. I quickly texted my husband to ask what to order and he gave his advice. He was excited for me to experience something new and completely out of my comfort zone. He joked that any meal that didn’t come with toys was a bit out of my element!

Sunday morning we visited with the Sisters before heading home. Despite the terrible storms we made it home safely. Littlest was so mad at me that he hugged Mrs. Cuddle-

me first!!! The kids and I took my husband to the hospital Monday morning and thankfully he was able to have surgery the same day for the kidney stone. Later, Mrs. Cuddle-me stayed with my crew again so I could be with my husband as he recovered from surgery. I am so blessed to call her “friend”!! Without her the kids would have had a long night in the ER and a very long day at the hospital. 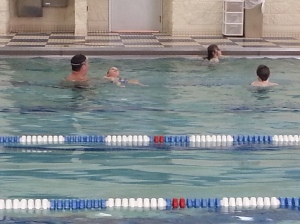 The kids started swimming lessons this week. Middle Boy is making great progress in overcoming his fear of being in the water and actually swam this week!!! I am very proud of him and thankful the head coach of the swim team is spending so much time teaching my crew to swim…of course it helps that everyone else is still attending government school during lessons. I worked getting everything back to normal for my crew this week and next week we will dive back into our school work.

Linking up with: Weird, Unsocialized Homeschoolers 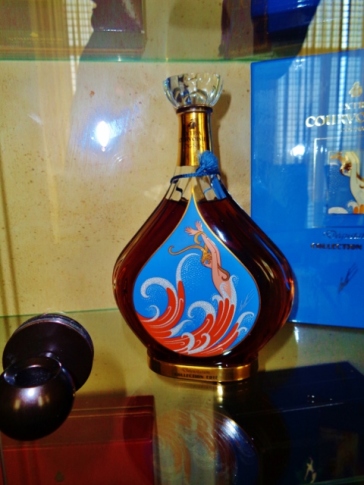 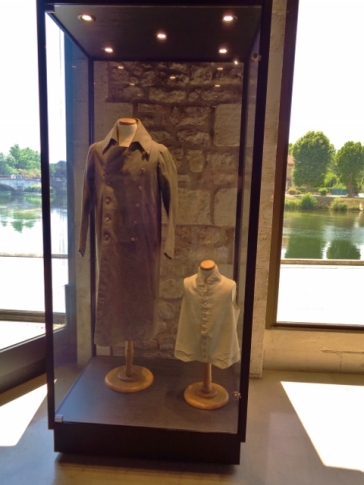 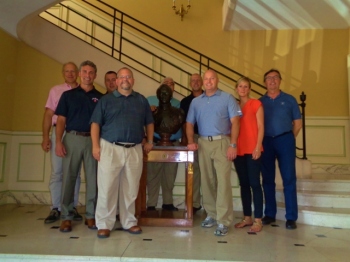 with bust of Napoleon at Courvoisier 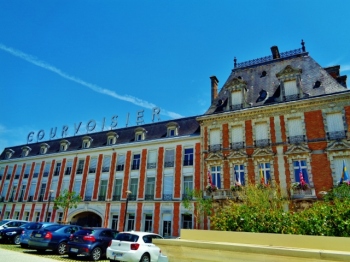 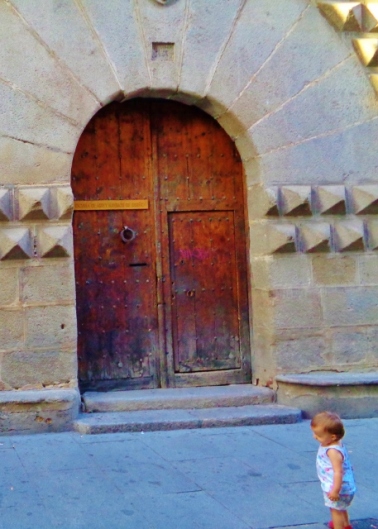 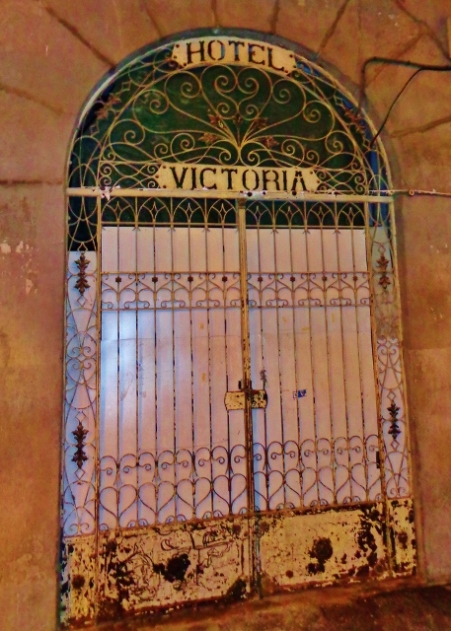 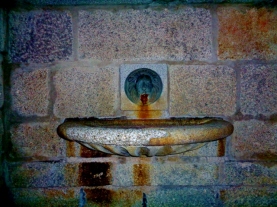 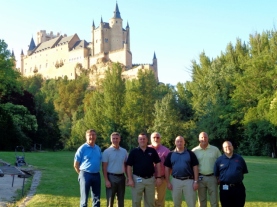 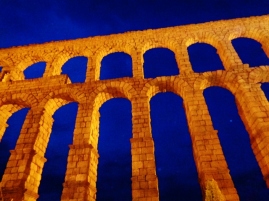 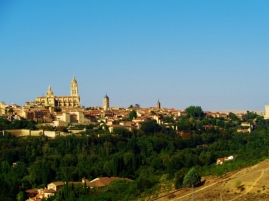 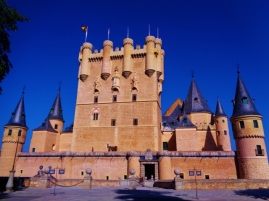 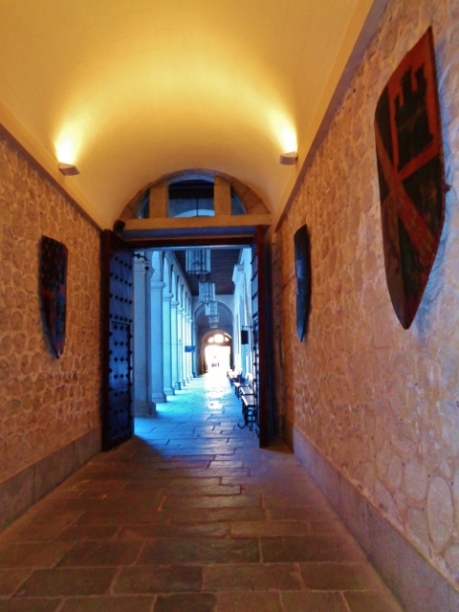 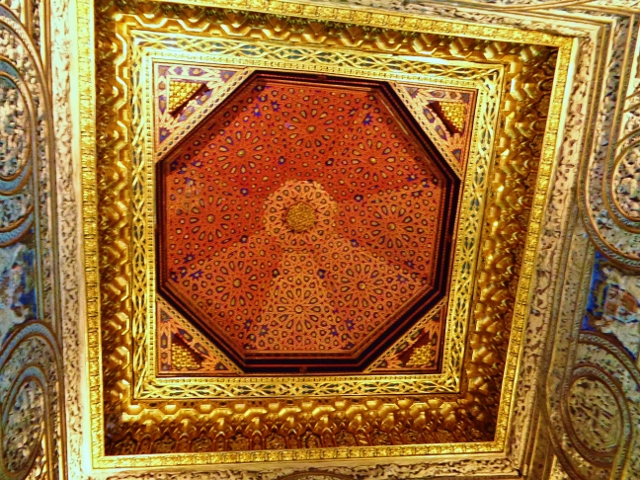