My husband took our darling Sparkles out to a Father-Daughter dance and dinner over the weekend. They both had a lovely evening out together while I hung out with the boys. Well, not really…they all played together building lego towers and mostly ignored me. I read about German Shepherds and wondered just what we will be getting ourselves into when we welcome a little pup into the family later this year. I did enjoy getting Sparkles all dressed up for her date with Daddy. I curled her hair and fixed it with glitter (her favorite hair treatment!) and applied a little bit of make-up. She is growing up too fast!!! Last week I actually had to purchase acne cream and special face soap for her!!! I had a private mini-breakdown at the shop while searching for the right cream for her. Feeling a tiny bit overwhelmed looking at all the different products I realized her breakouts are timed with my cycle. I complained to Jesus that she was only nine…out loud…at Wal-mart. I’ve gone over to the crazy side now, talking to myself in public like that.

Remember, when you lock me up in the padded room that I would like a pink hug-me jacket.

We made it to church this Sunday. We are currently studying (in my Sunday School class) Chip Ingram’s “Why I Believe” series. I really like it and believe it might be a good study to do with the kids in the future. Right now we are going through Apologia’s Who Is God? for faith studies. We like it well enough but the kids need something with a little more meat. The notebooking journal was making our studies too much of a chore so we abandoned those for now. My crew prefers discussion and I think they get more out of our talks together. I must admit that I wish I had a theologian on speed-dial sometimes. Oldest asked me this week if Galen, Eratosthenes, Socrates, and Archimedes were in Heaven.

Monday night Sparkles and I went out to a friend’s house for fellowship and a craft project. We had a very nice time and enjoyed meeting some other homeschooling families. Sparkles was a little shy at first but loved the sewing project. Sadly, her sewing class is not meeting this coming Monday. I haven’t told her yet because I know she will cry. She loves the sewing group and looks forward to it all week. I really should get her a sewing nook set up.

Oldest started the last section of his ancient history studies this week…Rome. He has been looking forward to this since we started the Ancient guide form Beautiful Feet Books. This week we made a salt dough map of the Roman Empire. Today he painted his map and will label it this weekend. I started reading and studying ancient Rome a few weeks ago. I loved Roman history when I was a young girl…never grew out of it really. I could study Rome the rest of my life. Jesus chose to be born during the early years of the Roman Empire. All of Western History is influenced by Rome and her glory. I look at my beloved country today and see her following in the footsteps of Rome. It seems that America and all of Western Civilization is following Rome into apathy. History makes me want to cry sometimes…especially when I see it repeated. I was surprised when Oldest picked up on my thoughts. He asked me if late Roman era music was like our current popular music. I told him I wasn’t sure but when we looked up early Roman art and compared it to later Roman art we noticed a decline in ability. It seems to us that later Roman art isn’t as beautiful and detailed as some of the earlier statues. I didn’t find a lot of information about the different phases of Roman art other than descriptions and definitions.

Normally we should be just over half way through with our academic schedule. We are actually three-quarters of the way through. By early April we will be finished with history, science, and language arts. Until now I have always stuck to a rigid academic schedule. Our next academic year does not begin until July! I see no reason to take such a long break between April and July. So we won’t. I’m abandoning the safety of the almighty schedule. I actually tossed my schedule into the garbage….this was a huge moment for me (my lesson planner is in the garbage!!!).  I love calendars and schedules! I love everything having its right place and moment! I’m a little freaked out because I’ve just abandoned grade levels and schedules. This is freedom…we are finally free of the system. Wow!!!

Pardon me while I freak out!!! 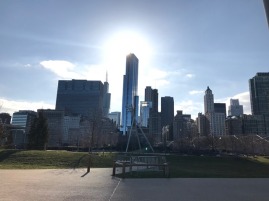 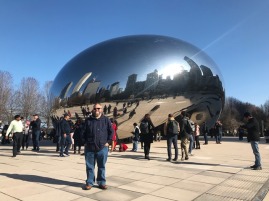 One thought on “Weekly Wrap-up: Dancing Queen, Rome and Abandoning the Schedule”