The sky was rather eerie earlier in the week. Out usual blue sky turned hazy during daylight hours. The day seemed cloudy but without clouds…strange. The evening sky turned pinkish with a blazing red sun. The moon also rose and fell in shades of red for a couple of days. The reason for our odd skies was due to smoke in the upper atmosphere from Canadian wildfires. The skies were wild-looking for a couple of days. Taking a walk on a cloudless cloudy day is…unsettling. The rest of the week was rather quiet. We put in some half says of school and played outside. The kids found a turtle by the swing set and watched him (or her) for a while. They also watched our cat Zee stalk and hiss at a blade of

grass…or so they thought. They were astonished to see the normally lay-about cat attack a green snake. I didn’t witness the “epic battle in which the snake nearly won”…the kids were quite impressed. I did find the half eaten headless body of the harmless green snake later…shudders. Somewhere in this witnessed adventure is a writing assignment… Schooling was a bit half-hearted this week since we had some beautiful days to spend outside. Oldest generally got up early and worked on Cover Story before the rest of his siblings got out of bed. He loves this writing curriculum! We worked on math, human anatomy, and some history this week. Sparkles got her new math curriculum in this week and insisted on starting immediately. She loves Teaching Textbooks and I’m hoping the slower pace of this

curriculum will build her confidence in her math skills back up. She is far more intelligent than she gives herself credit for…hopefully switching her to this new math will be good for her in the long run. Oldest is plodding along slowly with his Medieval history studies. We are taking an extra week to get through Eleanor of Aquitaine…that’s okay…so much history leads up to the Magna Charta. I’ve always thought the history surrounding the Magna Charta were the seeds of American history so I do not mind slowing down a bit. Friday we enjoyed a visit with one of my husband’s brothers and his grand-daughter. He delivered our quarter of a cow. Our deep freezer is full again! Yum, yum, yum!!!  Always a good time when family visits and a double good time when there is a grand-kid or two in tow. Friday night my husband decide to burn the pile of tree limbs and such that have accumulated since the ice storm. I kept Littlest inside for the bonfire but from the

pictures it seems the older three greatly enjoyed running around the flames. This coming week we will start ramping up for the school year. This week we will start reviewing Latin from last year and the middle two will start their last book from Story of the World. They are at the point where they can easily do two chapters a week and will learn to make outlines from the text. About half way through the year they will write paragraphs from given outlines from their history book. They will be completely prepared for Writing with Skill next school year…they haven’t started their fourth grade year and I have already started planning their fifth grade year! Sometimes I think my head may explode with all of this

stored knowledge and pre-planning. Speaking of planning!!! I have most of the ground work for this years school planning finished. I have set up academic year to begin on 20 July and end on June 17 of 2016. We will have five terms of nine weeks each with a two-week break for Christmas. Our last week of each term will be a project week or a catch-up week if needed. If we are on schedule then all academic work will cease for the week and the crew will be allowed to work on a special project…such as sewing, moving making, art, skill building, or whatever they wish. Kinda like a week of project based learning meets

unschooling meets Charlotte Mason…Littlest will just continue with Kindergarten during those weeks. I’m looking forward to letting the kids lead on these weeks and see what they come up with. I’ve used several homeschooling planners over the years and was never happy with the lack of space I needed for planning. This year I am using the really affordable The Green Plan Book (not an affiliate link) from Carson Dellosa. It is a public school teachers’ plan book but has all of the space I need and is super cheap compared to many of the homeschooling planners available. This year I am only planning a term at a time which gives me plenty of wiggle room for the following term. At the moment I am

planning a four-day school week since we plan to join a local homeschool cooperative…hopefully. I want the co-op to be just fun classes for the crew and not academic. I’ll find out tomorrow if we will be joining when they release their class list. I will not sign up my Kindergartener for Latin or astronomy classes…no, no, no. I also made up my attendance form which I must legally keep for the school system…even though they must have a court order to see it. Still, good to stay ready to comply with the law than caught off guard. I’ll spend this week and next finishing up my lesson plans and we will be already to begin full schooling hours on the twentieth. During the mornings this week Sparkles will attend her much-anticipated American Girl Camp. She has wanted to go for the past two years and finally this year I managed to get her a spot in the camp. I truly hope she has a wonderful time and isn’t picked on because

she is a homeschooler. Middle Boy let the anti-homeschooling comments slide during Lego Camp but I fear that Sparkle will just be reduced to tears if anyone picks on her about it. I’ve had a couple of nightmares about it already but hopefully all the worrying will turn out to be just silliness on my part…I can live with that. This week will be more lesson planning for me…

This morning after church I asked Sparkles if anyone mentioned her pink hair. She said no and was glad no one asked her about it since she “doesn’t want that much attention” from anyone. Funny statement for a girl with pink hair…she knows what she likes and that is that!

Linking up with: Weird Unsocailized Homeschoolers 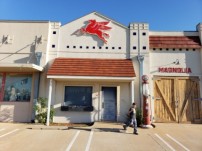