Medieval Study: The End of an Age

Sadly, all things must end and so has our current study of medieval times. We spent the last five weeks reading The World of Columbus and Sons from Genevieve Foster; the final required book in the study. The guide is set up to go through this book in four weeks but due to some unforeseen events going on at home we needed an extra week to get through the text and all of the rich discussions.

Oldest started this session marking locations from Spain, Portugal, Italy and Africa on his map. As we read about the explorations of the Portuguese he marked their routes. We also read some extra books on exploration about Prince Henry the Navigator (A Sea Route to Asia: The Adventures of the Portuguese Exploration by David Rutsala), Magellan, De Balboa and Cortez. We read about Timbuktu and the beginnings of the slave trade.

We read about the fall of Constantinople and the ironic (considering today’s news stories) welcoming of the Jewish population into the Ottoman Empire following their expulsion from Spain. We watched a documentary called The Story of the Jews which covers the various diasporas of the Jewish people throughout the centuries. We were both saddened and encouraged by the documentary. My daughter was particularly moved and wondered aloud when people would “get over hating each other before even meeting?”

My son enjoyed learning all about Columbus, Martin Luther (Martin Luther by Mary McNeer and Lynd Ward), William Tyndale (The Hawk that Dare Not Hunt by Day by Scott O’Dell), the Vatican’s Swiss Guard, Michelangelo and Leonardo DaVinci (both by Diane Stanley). He did not enjoy anything about the royal troubles of Spain, France, England, the Holy Roman Empire or the Medici family. Of all the

books we read that mentioned the plague the death of Captain Jack in The Hawk that Dare Not Hunt by Day had the most emotional impact on us. He was certainly a rogue but we liked him anyway. The lack of respect shown toward his corpse was unsettling. We ended up discussing the impact of so much death on a society…kinda hard to wrap one’s mind around really.

Our final discussion for the study was to compare the ideas of Machiavelli and Erasmus. We’ll likely dive into this a little deeper during his high school years. He liked Erasmus’ idealized views of governing and thought that Machiavelli was just plain crazy.

We followed up our study with a medieval Ember Day feast. We had come across the term a few times in our readings and looked up the meaning. These are days of fasting (no meat) and prayer that occur at the beginning of each season. Originally the Catholic Church instituted the celebration of these days in Rome to coincide with pagan agricultural celebrations. Beginning in the fifth century the practice spread throughout the West. The days are still celebrated in some rural areas of Europe.

Our feast included an Ember Day Tart, Hungarian Cheese Soup, Brown Rye Bread, Pottage, Apple Cider, Almond Milk and grapes. Pottage is vegetable soup with oats (I used instant oats) and I thought the kids would be reluctant to eat it. To keep them from being too picky I ran it through the food processor so it was more like a bisque than a stew. I am happy to live in times that include a crock pot and a food processor! (I will admit to wishing for those replicators on Star Trek: The Next Generation!!!) The food was good and we enjoyed our feast. Our favorite recipe was dipping the rye bread into the cheese soup. Yum!

We loved this study. All of the books were excellent and Oldest had a hard time choosing his favorite book from the study. He found it impossible to choose just one of the books. From the required books he chose Crispin: The Cross of Lead and The Trumpeter of Krakow. His favorite book from the recommended reading list was A Proud Taste for Scarlet and Miniver by E.L. Konigsburg.

I could not pick a favorite book; my emotional attachment to them is directly related to warm memories of snuggling with my children while reading aloud. We wept bitterly together over Robin Hood’s death, we loved the audacity of Eleanor of Aquitaine, we were angry at Crispin’s inhuman treatment…I could go on. The read aloud experience this curriculum provides is so precious. I cannot possibly imagine continuing in the home education lifestyle without Beautiful Feet Books.

So what’s next? Well, we still have a longbow to make. Every single weekend that my husband has been available to help us with this project the sky has rained. We have all of the components and sometime in the near future I’ll share our experience at the making of a long bow. Our next academic year begins in July. I’ve already started the planning process. Oldest will study the Early American and World History Jr. High pack. My middle two will work through the Early American History Intermediate study and Littlest will begin the Primary Early American study sometime in the fall or early winter. We are all looking forward to our history studies and this mama can’t wait to introduce Littlest to Benjamin West and his Cat Grimalkin.

Posts related to this series:

Minstrels, the Black Death and Chaucer

Joan of Arc to the Philosopher’s Stone

Thank you to the very wonderful and generous people of Beautiful Feet Books who have blessed my family!

The geographical center of the US 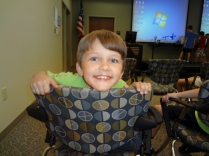 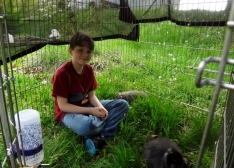 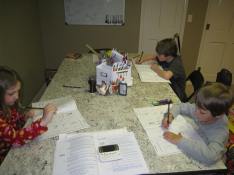 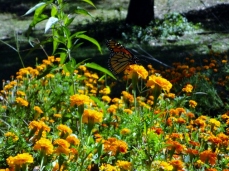 a bit of history found at cruise-in 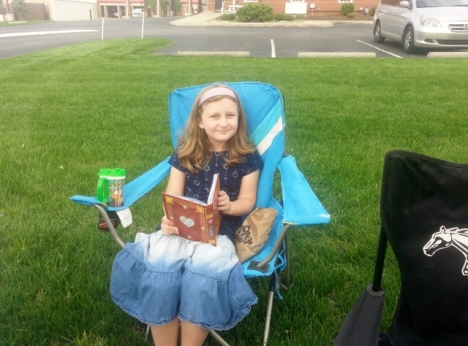 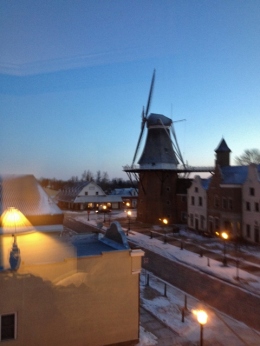 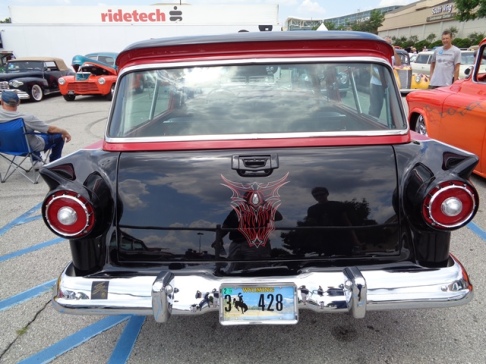 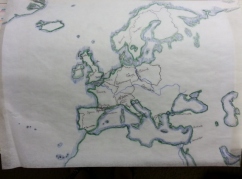 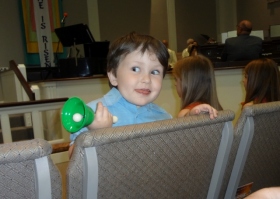 Littlest ready to play his bell

our reading material for the next thirty five weeks or so… 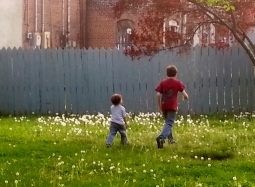 two of a kind

4 thoughts on “Medieval Study: The End of an Age”