Last week went by in a blur. Other than Christmas Day the days were fairly even and mostly pleasant. On Monday I went to the Post Office to mail some packages and Christmas cards. The kids and I spent the rest of the day making and delivering bread and cookies to the neighbors.

On Tuesday we celebrated Littlest finishing his first history book from his Beautiful Feet Books Primary Early American history studies with a Viking themed poetry & breakfast. We are going through this study at a bit of a snail’s pace but I do not want to burn him out on notebooking. We also explored several rabbit trails along the way and a bit of geography. Littlest was fascinated with the Northern Lights and we looked up several videos. Our focus poet was Robinson Jeffers who according to the email I received from the Academy of American Poets was born in 1887 and died in 1692!!! The kids decided he must have encountered a Weeping Angel from Doctor Who. He actually died in

1962. We only read a few selections from him but he seemed to be a naturalist and a bit broody. He also played loose with meter and poetic rules which I prefer. Rebel writers…those are always my favorite types.

Wednesday was a tough day for the kids. They waited all day for the Minecraft update to push through. I made them clean and take language arts assessment exams. Littlest actually passed the first grade reading assessment. I was stoked and surprised. Littlest really likes the Logic of English curriculum but it moves like molasses in winter for him. I am not sure if I should stay with LOE or move him to something that goes at a faster pace. The rest of the day the kids spent playing with their friends outside. I spent a bit of

time setting up a few bullet journal trial pages. Having separate planners for life and education is just too much trouble. Time to simplify.

The kid’s finally got to play Minecraft on Thursday. I’m not sure what was so great about the new update but they were pleased. I dyed Sparkles tips a nice Tardis Blue for her. My fingers were blue for a day as well.  She organized a treasure hunt (a Brave Writer assignment) for her younger brothers which turned out to be “kabillions of fun” according to Littlest.

One of the kids friends came over to play with Littlest. She loves to “play school” and imitate her teachers. Littlest is not impressed with playing school. He ended up very frustrated and told her that he couldn’t “possibly learn in such a restrictive way” and that she had “way too many rules.” I found the game and their responses to each other a bit humorous but felt the need to redirect their play before emotions got explosive. Ahh, when world’s collide…

Thursday evening we watched the Star Wars Holiday Special from 1978 together on YouTube. I am fairly certain it is the worst and most bazaar program I have ever laid eyes on. There are no words in existence that can describe the diabolical experience of this show! I assure you I am being kind with that description. They were smoking something when they made it and so were the individuals who put it on television.

I spent Friday baking and preparing for Christmas Eve. That evening I went with my husband to a “Festivus Party”. The host of the party was a former co-worker of my husband’s from several years ago. I had a good and interesting time. Most of the people there were divorced or on their second marriage so I felt a bit like an anomaly (throw in homeschooling and that just adds to my otherness). But after three glasses of wine and two really generously sized margaritas I didn’t really care! Later in the evening I did end up chatting with a lady who thought I was the most huggable person in the room. Hugs are nice. Brief hugs are better…especially between strangers.

On Christmas Eve I awoke around 3:30 in the morning and could not go back to sleep. I flipped and flopped but gave up by five and went downstairs. I turned on the Christmas tree and listened to the rain fall. My brain was running and thoughts were flying faster than I could catch. My breathing exercised did help after a while. My heart quit pounding and my mind

slowed to a more reasonable pace. Some of my reaction was to the alcohol but also in response to my increase in anxiety. I also realized that my lack of restful sleep and what I call “busy brain” all began to increase as my activity level decreased. I miss walking two miles a day. I am not fond of the treadmill but until the days are longer I need to use it. By the time I was ready to go back to sleep the family was getting up and ready to open gifts. We spent the evening watching old movies and decorating Christmas cookies.

On Christmas morning I got up early to prepare our big pancake breakfast. Oldest was the first up around six and he helped me get the feast ready. We finished before anyone else awoke so we had breakfast together. The morning was unusually calm and quiet. My husband was the next up. Usually the kids are dragging us out of bed on Christmas

morning…this was kinda strange. My husband ended up waking the younger three so we could open our stockings from Santa and then enjoy breakfast. Afterward we got ready and drove to western Kentucky to spend Christmas Day with my husband’s family. Later that night on the way home we listened to the Hail Ming Power Hour Podcast. The episode was on the Star Wars Holiday Special (which is why we watched it on Thursday night). The kids are listed as special guests at the beginning and you can hear their Christmas greeting somewhere around one hour and thirty-severn minutes. They got a big kick hearing themselves on the podcast! We got back home around midnight and did not sleep in nearly long enough this morning… 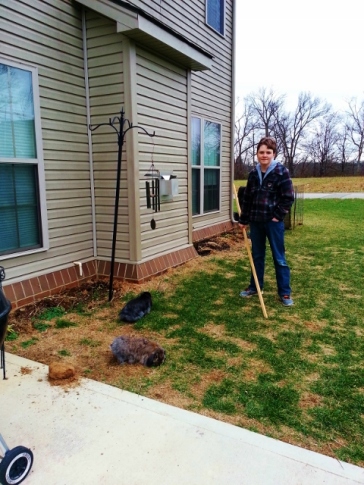 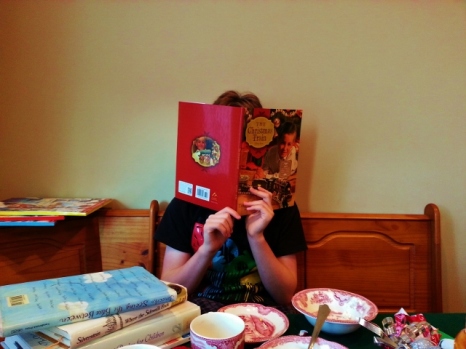 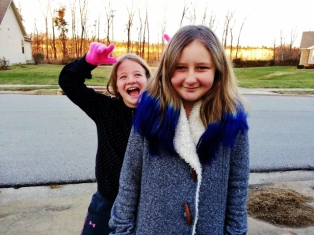 Sparkles with blue tips and friend 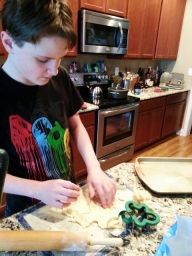 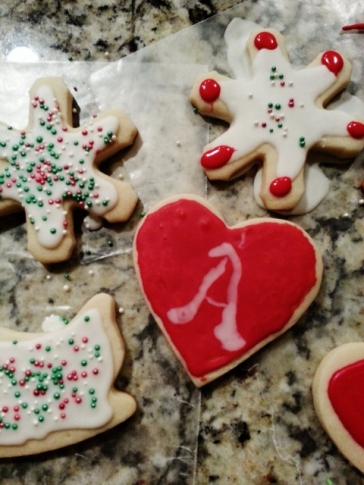 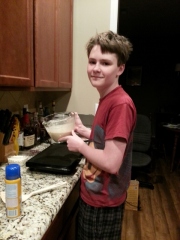 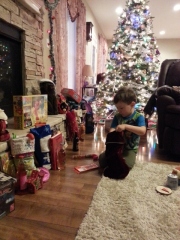 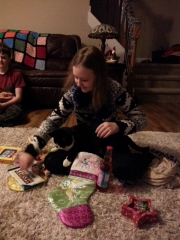 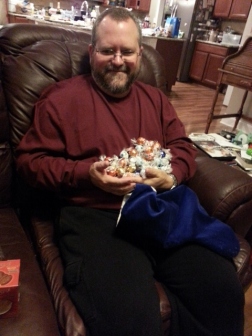 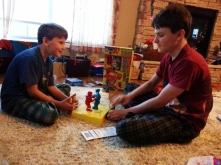 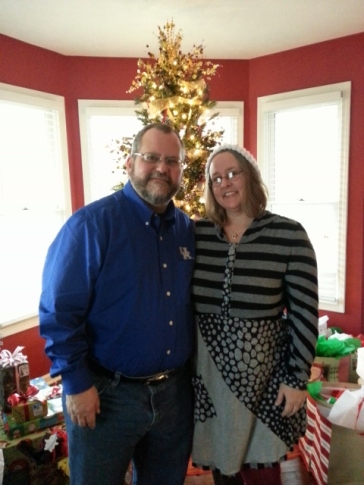 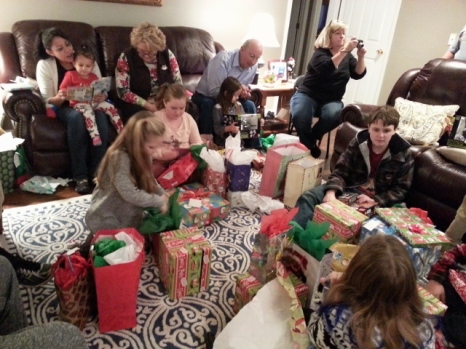