We took an unscheduled break from school this week. I ended up sick on Sunday night and the illness lasted for several days. Now my IBS has flared up and I just feel exhausted along with the list of pains from the illness. At least I know how to get myself back to better this time. When I first started struggling with IBS I had no idea what to do. So even though all of my old pain is back I do not feel hopeless or even depressed. I know the way back to “mostly healthy” now. I kept myself quarantined from the rest of the family to hopefully keep the illness from spreading (seems to have worked so far). A couple of times I would wake up to find Littlest just staring at me. I think he really missed me. The cat came to see me when my fever was up but she was just there for the warmth. Though there is something kinda nice about the rumbly purr of a warm kitty. The worst part about getting sick was that I was already scheduled off work for

those days…or maybe that was fortunate.

The two days that I did got to work were tiring. I just happen to be off work this weekend so I hope to be back to normalish by Monday. Today I just hung out in my pajamas, rested and played Skyrim. Nothing, in other words. I spent an entire day doing nothing and it was really grand. Tomorrow I need to get our education week on the board, meals planned and finish going through our closets. Most of Oldest’s high school books and syllabi arrived this week.

My husband and I decided to go with Hewitt’s program. He is starting their college prep path in April. I spoke with Mr. Gaunt (the high school coordinator) on the phone last week so we could iron out a few details.

The nice thing about Hewitt is that we could use the courses they have selected or choose our own. They will grade his exams and all of his writing assignments and the syllabi give detailed daily instructions for every course. This takes a huge burden off of me since a chunk of my time is lost to working outside the home for now. I’ll need to set up a work plan for Oldest but that will mostly just be reorganizing the instructions from the syllabi into daily assignments. For us it will be an adjustment since we’ve never really fussed with due dates and such. Or reporting forms. Or answering to someone outside the family. Hmm…it will be an adventure.

Last Sunday afternoon we watched the implosion of the Capital Tower Plaza on television. I guess we should have gone to watch in person but I thought the demolition was earlier in the day while I was still at work. It was still cool to watch on TV and at least we didn’t get covered in dust. I haven’t driven by there since but I am sure the sky will look a bit empty where it used to stand.

There are not many pictures from this week but I have a few from the previous week’s Adventure School class and poetry tea time. We encountered a poem that was not well understood and cracked each other up trying to interpret it. Sadly, the name of the poem escapes me now. Oldest “outgrew” the teacups we use. His fingers got stuck in the handle which was both funny and sad at the same time.

Littlest visiting with my during the Adventure School floor hockey hame 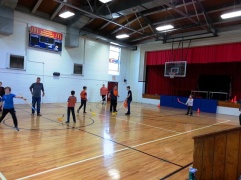 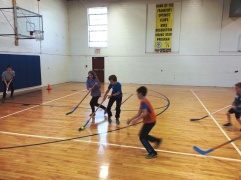 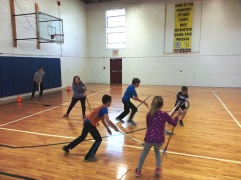 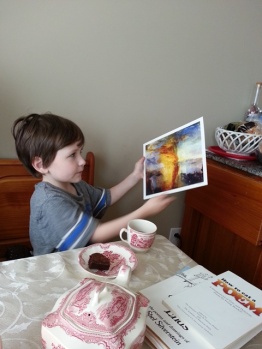 a sword with tea is optional 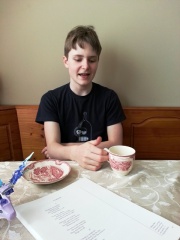 his fingers are stuck 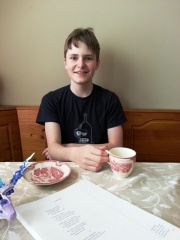 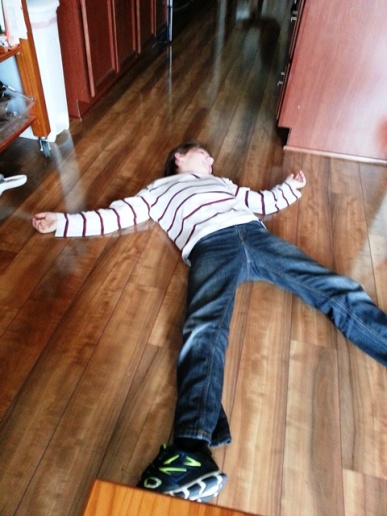 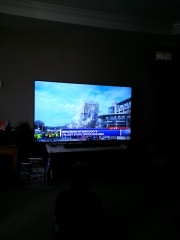 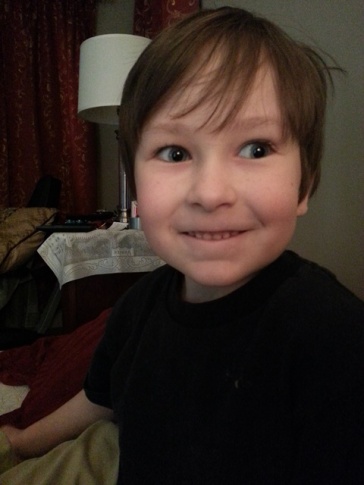 this little guy sat with me during my illness sometimes 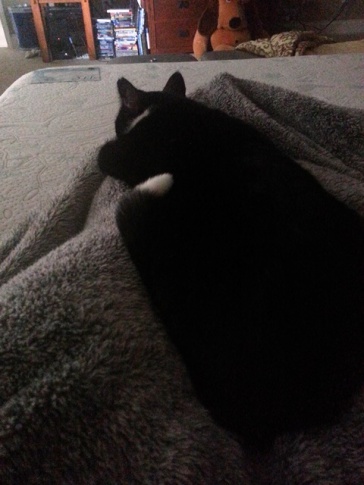 Boots soaking up my fevered bodyheat