Yesterday a large storm front pushed through our region. The skies were dark most of the day. Sometimes the rain poured so furiously our street appeared to be a muddy stream. Today was more of the same but with less thunder and lightning. More rain is expected tomorrow. Tonight’s rain shower left us a lovely and bright double rainbow for a while. Something about this valley loves rainbows. Their formation is prolific here compared to other homes I’ve known.

I left work a week ago. Sometimes it seems much longer than a week. Sometimes I wake up in a panic believing I’ve overslept. I’m still unaccustomed to a freer schedule. My body still gets tired in the early afternoon even though I am sleeping later…or at least making an attempt to sleep. I am happy to be home full-time again. Oldest floundered a bit with his first quarter of high school. The work load is more than he is

accustomed to and the methodology is new to us both. I’ve always taught toward mastery and never really took grades. The really difficult adjustment for both of us (and the rest of the crew) is the loss of group learning. Learning the same topics together has been our home education environment for so long that I feel a bit lost trying to manage everyone separately. However, after this week I feel a bit better about our new method of individual learning now that I am no longer spending so much of my time and energy at work. Everyone and their needs were much easier to manage this week. In a way it felt more like the first week of a new educational year than the beginning of the second quarter. After this first week at home full-time I feel more secure about our academic year ahead.

I’m not the only one adjusting to a new routine. The kids got used to sleeping late in the mornings and starting their schoolwork around ten in the morning. Now they are getting up at seven and starting school an hour later. Our first hour is morning basket time which is the only time we learn together. For now I am just reading aloud but plan to add art study and Shakespeare into a loop schedule. Currently we are reading a Jesuit priest’s travel memoir to the Holy Land and two biographies; Sgt. York and C.S. Lewis. Twice a week we read from Bauer’s final volume of The Story of the World. Our read alouds will cover historical fiction and biographies from WWI to the modern era and religious/spiritual texts. At

some point we will begin watching The Gospels which I am really excited to experience with my crew.  I was privileged to watch the prerelease of The Gospel of John several years ago. Now the entire set is available. The younger two have not always managed to stay awake during read aloud time this week but I know they will adjust within a week or so. Besides, I’ll likely assign these same books as readers in their future education. Spending the first hour of our morning learning about Jesus, C.S. Lewis and Sgt. York certainly gives us much to discuss.

At the end of June the older three participated in their recitals. Sparkles presentation of America the Beautiful was just about flawless and the boys did okay. Sparkles was very anxious about her performance and I was so happy for her that she did so well. Middle Boy peaked on his song (Solfeggietto) too soon and was bored with it by the time of the recital. The quality of his playing is definitely correlated to his passion for the song. Oldest just disliked his

song from the beginning. He played Sleepers Awake which is a lovely song but not for a single guitar. I think it could have been improved if done as a duet with his teacher or another student. Hopefully this year he can perform something more suited to his personality. They have enjoyed a month off from lessons and will start back up again in August.

This week I started exercising again. I didn’t start out strong or anything but I did exceed the goal I had set myself for the week. A little weight-loss would be nice but it isn’t my primary goal. I have discovered the onset of menopause to be quite disturbing with hot flashes, heart palpitation (kinda scared me!!) sleeplessness, unpredictable female stuff, slower metabolism, general

fatigue, and a slightly bigger tummy. Exercise is supposed to help with some of the symptoms. My husband helped me this week with the weight lifting, walked with me and took me on a hike. The downside of exercising is the increase in heart palpitations and the natural rise in inflammation. The joints in my hands are already aching more because of the rise in inflammation. I hope to find a bit of time this week researching ways to lower inflammation. My IBS also responds adversely to increased inflammation. I am currently highly motivated to learn about inflammation and ways to keep it low. I did try the cold shower tip and it does work for a few hours…brrrr. 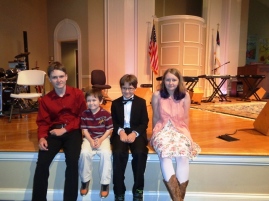 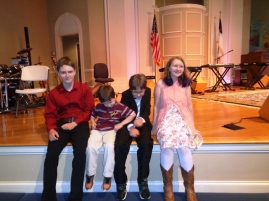 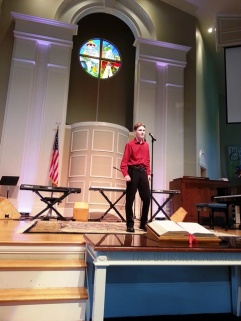 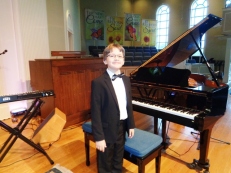 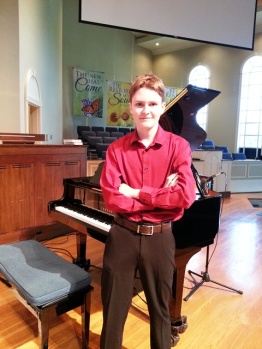 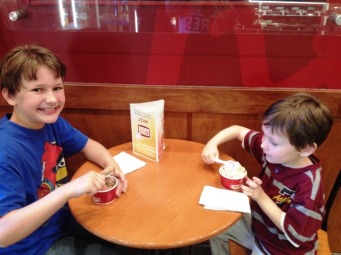 out for ice cream with Daddy

Weisenberger Mill, oldest commercial mill in Kentucky and where I get my flour

my last trolly at work

gifts from my friends on my last day

on hike with Daddy 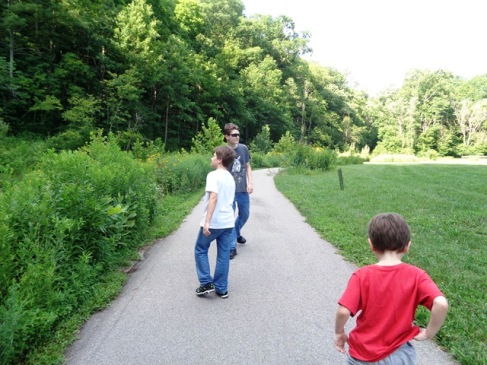 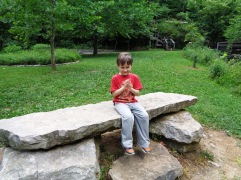 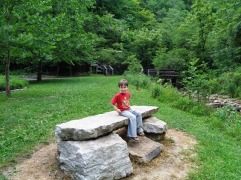 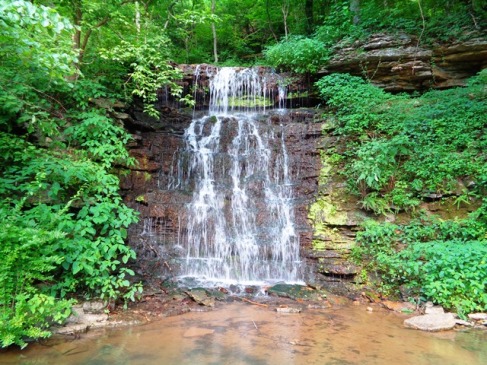 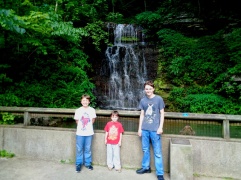 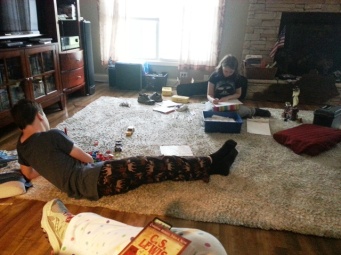 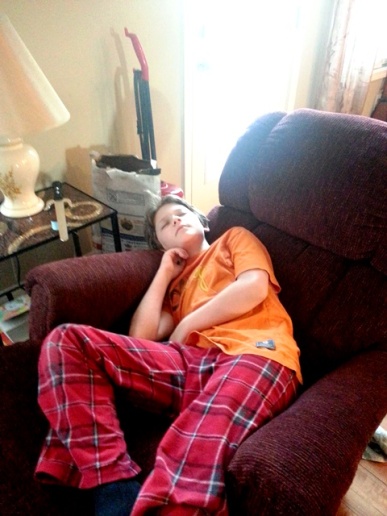 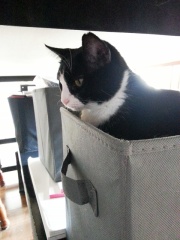 Boots in a box 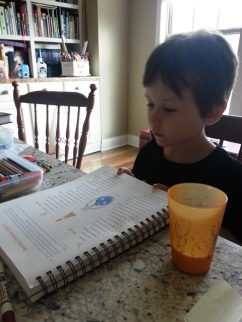 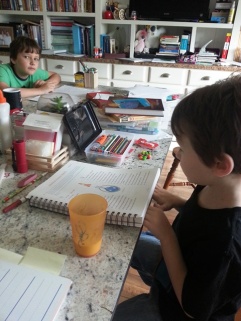 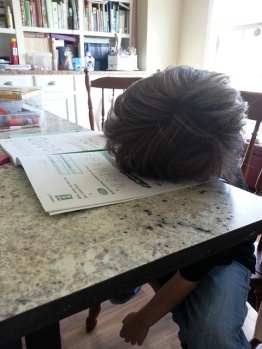 math should be illegal on Monday

hiking with my family 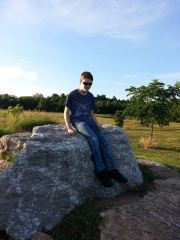 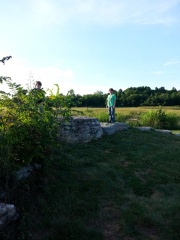 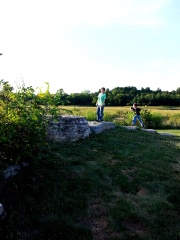 trying to keep up

younger two during our hike 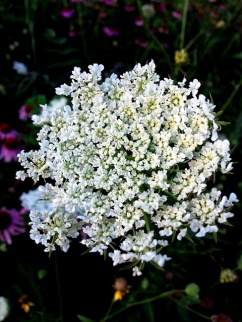 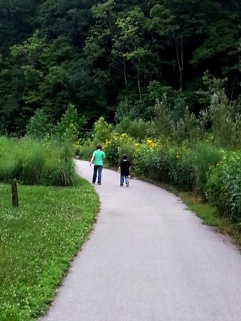 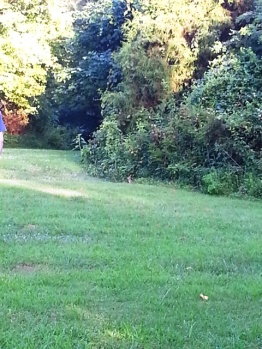 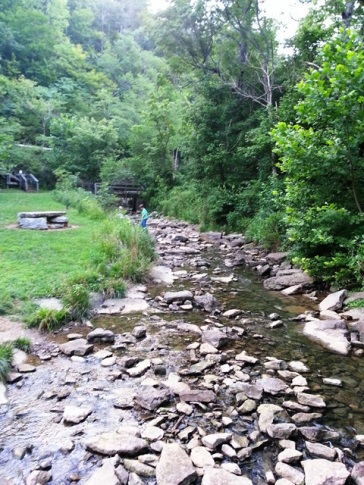 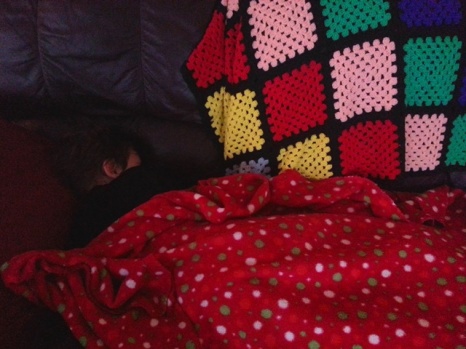 out with Middle Boy enjoying our “crafted” beverages

6 thoughts on “One Week”