I’ve reached the point in this year’s home schooling adventure when I just want to shut the books and be done. Take a week or two off just to breathe a bit and slow down. I wish. We just have to push through until the end of June and then we may just work on math, science and writing during the heat of the day. For now, as the kids finish off courses we are not going to open new books for a bit.

Oldest has a final paper in history coming up that will take him some time to research and write. The suggested research topic is on Abraham Lincoln but he told me he’d rather write about Robert E. Lee. Once he finishes his Penning the Past course through Brave Writer he’ll

need to get started on his final history paper. We’re still a ways off from reading about the Civil War though. Currently we are knee-deep in a books about Benjamin Banneker and Nathaniel Bowditch.

Last Friday was supposed to be our day to journal in our nature books. Naturally, it rained. We found a video from NASA about the anatomy of raindrops and added that information into our journals and attempted to paint properly shaped raindrops as our first entry. We were amused to learn that raindrops are shaped more like hamburger buns than tear drops.

This past week was rough on Sparkles. She had a bad tummy weak and struggled to maintain her usual disposition. She ended up sleeping for nearly

two days last week. She still managed to get most of her school work done. She is learning to work despite how she feels physically. I am both deeply saddened and proud by that fact. She has felt okay this week…mostly.

The food for last week’s poetry time was built around Littlest’s studies. He helped me make hodgepodge soup and blueberry pie. The soup was mentioned in his book on the Pilgrims and the blueberry pie was a treat for reading Blueberries for Sal. He finished a long and difficult reading comprehension program with the blueberry book that demanded a proper and fitting celebration. Since Sparkles was feeling ill Middle Boy made ricotta tarts with raspberry jelly for her. Blueberries are not an ulcerative colitis friendly food. She looked so sad when I gave everyone whipped cream with their pie. She ended up with a big scoop of whipped cream on her plate sans pie.

Earlier in the month we watched tow crews pull our neighbor’s truck out of the Elkhorn. That was sobering. He suffered no broken bones or internal injuries. I reckon he’ll be gone for a while. I hope he accepts the help offered.

My husband and Oldest enjoyed their trip to Texas Frightmare with Ricky and Danny from The Hail Ming Power Hour Podcast. They went to a few panels and met Michael Pare (from Eddie and the Cruisers and Streets of Fire). Oldest ended up meeting a drunken undead Pikachu who thought he was cute and insisted on a cuddly hug. I guess it was a good thing I wasn’t there. Just hearing the story made my mama hackles raise a bit. If they go next year maybe I can convince my husband to take a shot-gun to scare off the drunken Pikachus. For the most part I think my fellas had a pretty good time together. Oldest came back several inches taller too…sigh. 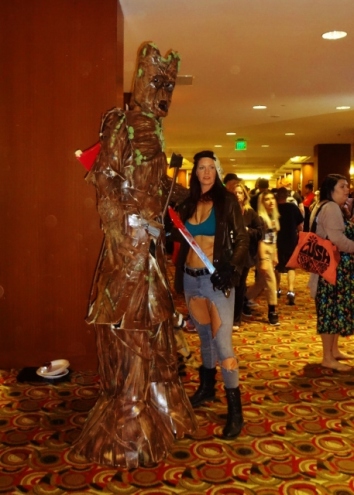 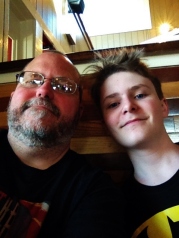 Oldest is not impressed

my temperature blanket through April 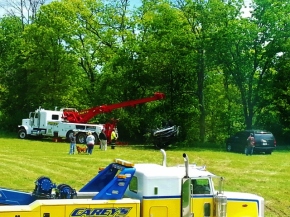 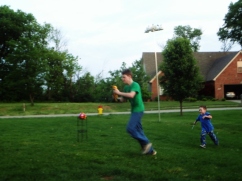 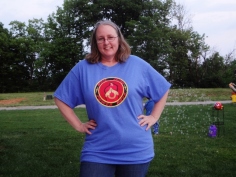 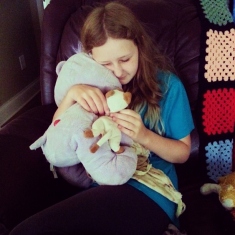 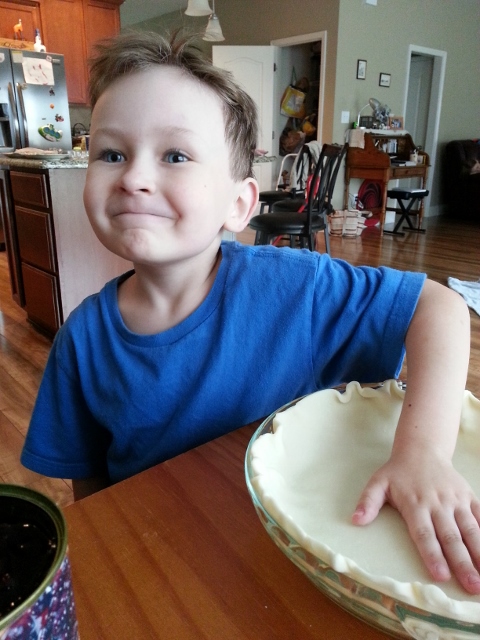 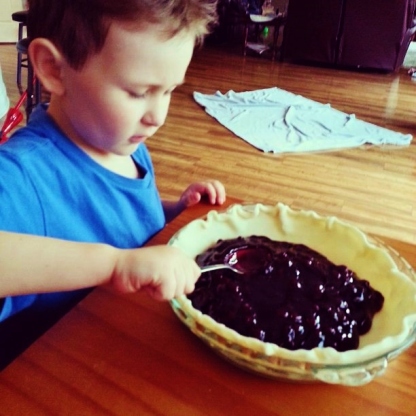 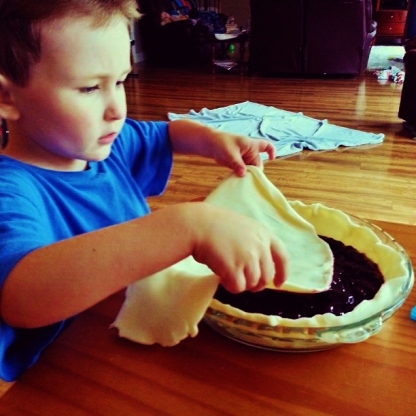 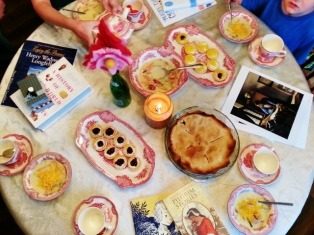 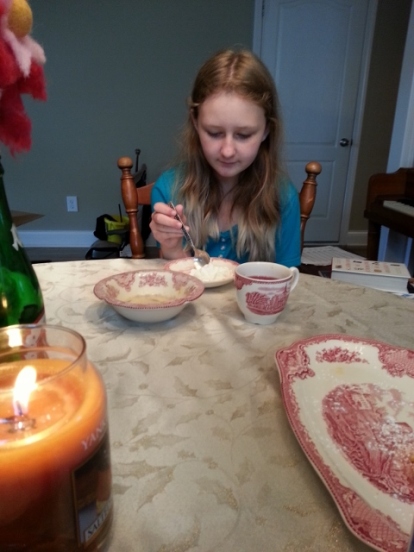 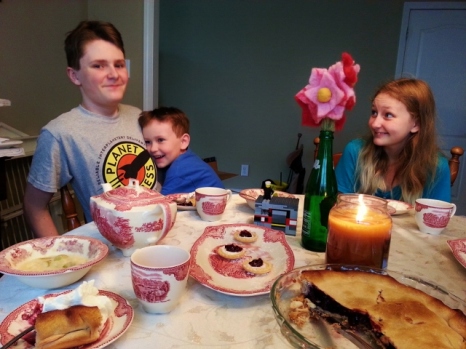 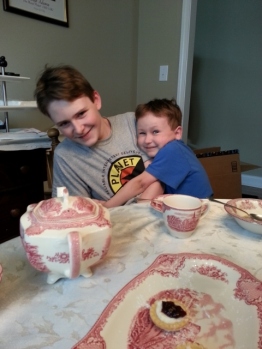 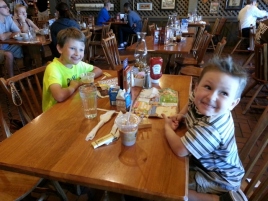 lunch and ice cream out with the two youngest

dinner with my sparkly girl

4 thoughts on “Journal: The Drunken Pikachu and Blueberry Pie”